Deadline for application 1st May 2012 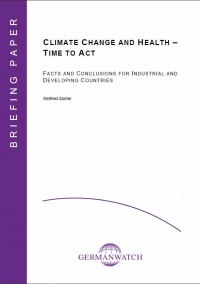 Facts and Conclusions for Industrial and Developing Countries

Climate change will result in grave consequences for the health of the world population. While industrialized countries have begun to protect themselves by starting adaptation programs developing countries have only limited resources to do so. They however - and especially least developed countries - will suffer most from climate change. Yet historically the global warming is a result of the industrialization in the north although meanwhile emerging economies contribute more and more. 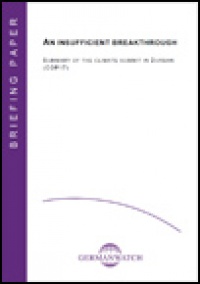 Summary of the Climate Summit in Durban (COP17)

Download: Summary of the Climate Summit in Durban [PDF, 510 KB] 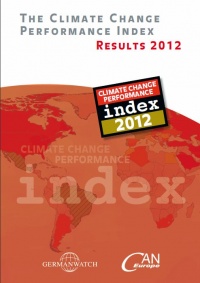 A comparison of the 57 top CO2 emitting nations

The Climate Change Performance Index is an instrument supposed to enhance transparency in international climate politics. On the basis of standardised criteria, the index evaluates and compares the climate protection performance of 58 countries that are, together, responsible for more than 90 percent of global energy-related CO2 emissions.

"Coalition of the responsible" needed to prevent dangerous climate change

The new edition of the Climate Change Performance Index (CCPI) was released by Germanwatch and CAN-Europe in Durban at the UN climate talks today. Again, none of the 58 highest-emitting countries has done enough to prevent dangerous climate change, leaving ranks one to three open. The next ranks went to three European countries, Sweden, UK and Germany. The countries ranked worst this year are Saudi Arabia, Iran and Kazakhstan. Overall, the ranking was influenced by the worldwide economic crisis. This resulted in higher growth of emissions in emerging economies compared to industrial countries.

While the UN climate summit at Durban has started under the impression of severe local thunderstorms, the climate and development organization Germanwatch publishes its Global Climate Risk Index (CRI) for the seventh time. The index focuses on countries especially affected by weather extremes such as floodings and storms in 2010 and during the past twenty years. The Global Climate Risk Index is based on data collected in the worldwide renowned database at MunichRe. 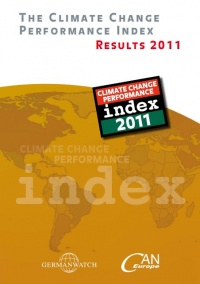 A comparison of the 57 top CO2 emitting nations

The Climate Change Performance Index is an innovative instrument that enhances transparency in international climate politics. On the basis of standardised criteria, the index evaluates and compares the climate protection performance of 57 countries that are together responsible for more than 90 percent of global energy-related CO2 emissions. Eighty percent of the evaluation is based on objective indicators of emissions trend and emissions level. Twenty percent results from national and international climate policy assessments by 190 experts from the respective countries. The aim of the index is to encourage political and social pressure on those countries which have, heretofore, failed to take the initiative on climate protection or which still neglect the importance of this issue. 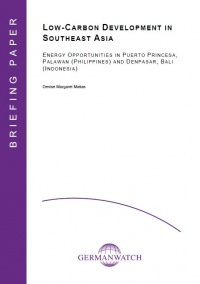 This Briefing Paper identifies opportunities in the local, national, regional, and international level that can assist the tourist island cities in southeast asia in persuing low-carbon development. 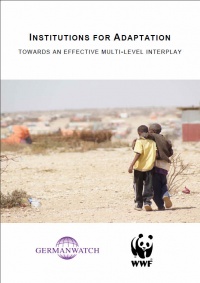 Towards an Effective Multi-Level Interplay