The G7 Leaders’ Summit under the German presidency will take place in Elmau at the end of June. In this blog, we outline three essential issues on the climate agenda that G7 leaders should prioritize if they are to make the summit a success.

The German government wants to expand offshore wind energy to 70 gigawatts (GW) by 2045. In order to implement this, conflicting goals must be resolved.

In its coalition agreement, the German government has set itself the goal of expanding offshore wind energy to 70 GW by 2045. This target is polarising. On the one hand, offshore wind energy has a high number of full load hours and can thus make a reliable contribution to decarbonisation. On the other hand, the expansion of 70 GW of offshore wind energy is very likely to increase the need for grid expansion, raise issues of marine protection and bring challenges such as the timely availability of resources.

With the war against Ukraine dragging on for over a month now, the vulnerabilities of the G7 and, particularly, of low- and middle-income countries have become increasingly visible. As leading industrialised countries and, historically, major contributors to the climate crisis, the G7 will need to live up to their responsibility to support countries in building resilience to climate impacts and other global crises. In this blog, we outline possibilities for the G7 to address the vulnerabilities in their own countries, and far beyond, to increase resilience against future crises while also supporting other nations.

Blogpost
31 March 2022
An umbrella with holes? The proposal for a Directive on Corporate Sustainability Due Diligence and its potential impact on deforestation 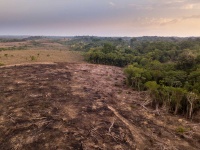 The EU Commission has recently presented a proposal for a Directive on Corporate Sustainability Due Diligence. The aim of this Directive is to integrate international standards into European law and prevent negative consequences of global business activities. Can the law contribute to ending deforestation in transnational supply chains? 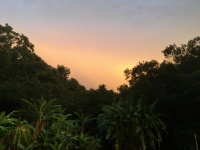 Deforestation, overexploitation and climate change threaten forests around the world. The European Union also plays an inglorious role in this. To change this, the European Commission presented yesterday a legislative proposal to prevent products from forest destruction from entering the EU internal market in the future. At the same time, a general EU supply chain law is being planned. Is the EU Commission duplicating its efforts? No, say Julia Otten and Johannes Heeg from our member Germanwatch and the Initiative Lieferkettengestz. 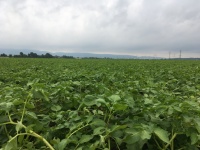 In Brazil, a railway project threatens to overrun the environment and the rights of indigenous peoples.

A thousand kilometer railway line is intended to make industrial soy production in Brazil cheaper and increase exports. As the second largest buyer of Brazilian soy, the European Union is already partly responsible for the social and ecological damage caused by soy production and for the expansion of cattle pastures in forest areas. Brazil's indigenous population are resisting the construction, pointing to the disregard of their rights and the threat to the climate and biodiversity.

Blogpost
22 November 2021
A turning point for coal—but 1.5 degree limit not yet within reach and large gaps in context of loss and damage

Initial assessment of COP26 in Glasgow

The outcome of the UN climate conference is one of ambivalence: while there is strong momentum for phasing out coal and pressure being placed on reluctant climate action, for the 1.5 degree limit to come within reach, China in particular needs to improve its climate target soon and the US needs to implement its very well. In addition, results on the issue of Loss and Damage are insufficient.

The European Union’s high demand for soy still causes deforestation and nature degradation of large areas in the countries of origin. In an online seminar hosted by Germanwatch, researchers, activists, members of civil society organisations and political decision makers discussed different measures to end EU-driven deforestation and ecosystem degradation in South America, especially in the tropical dry forest of the Gran Chaco.

On 14 October 2021, Alejandro Brown, president of Fundación Proyungas from the Gran Chaco, researchers Laura Kehoe (University of Oxford) and Alfredo Romero Muñoz (Humboldt University Berlin) as well as policy advisor Barbara Hermann (Climate Focus) highlighted the impacts of deforestation in the Gran Chaco through international trade and the difficulties of a zero-deforestation approach. They warned that the Gran Chaco is in a very critical state and further deforestation could lead to the total destruction of the ecosystems.

More information on the main page of the project
Blogpost
02 November 2021
MDBs Pledged to Align Financial Flows with the Paris Agreement. They’re Not There Yet

Now, four years later, it’s clear that as a group, the MDBs are still a long way away from realizing their commitment throughout their portfolios. While MDBs have focused on aligning direct investments with Paris goals, this effort is not sufficiently ambitious, nor is it complete. They have paid less attention to whether their indirect investments support climate goals. And policy-based loans — a favored instrument during times of crisis — also remain a blind spot. 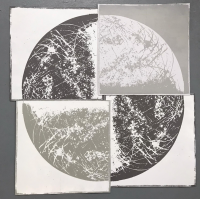 How do European livestock farmers know whether forests have been cleared for the cultivation of soy in their feed? So far, feed manufacturers have pretended to be unable to take responsibility for their supply chains. Tracing back the origin of the soy through many intermediaries along the global supply chain was too difficult for them. In the future, however, an EU law could require companies to take responsibility for their global supply chains.